DARKNESS IS COMING……SEVEN YEARS OF IT! 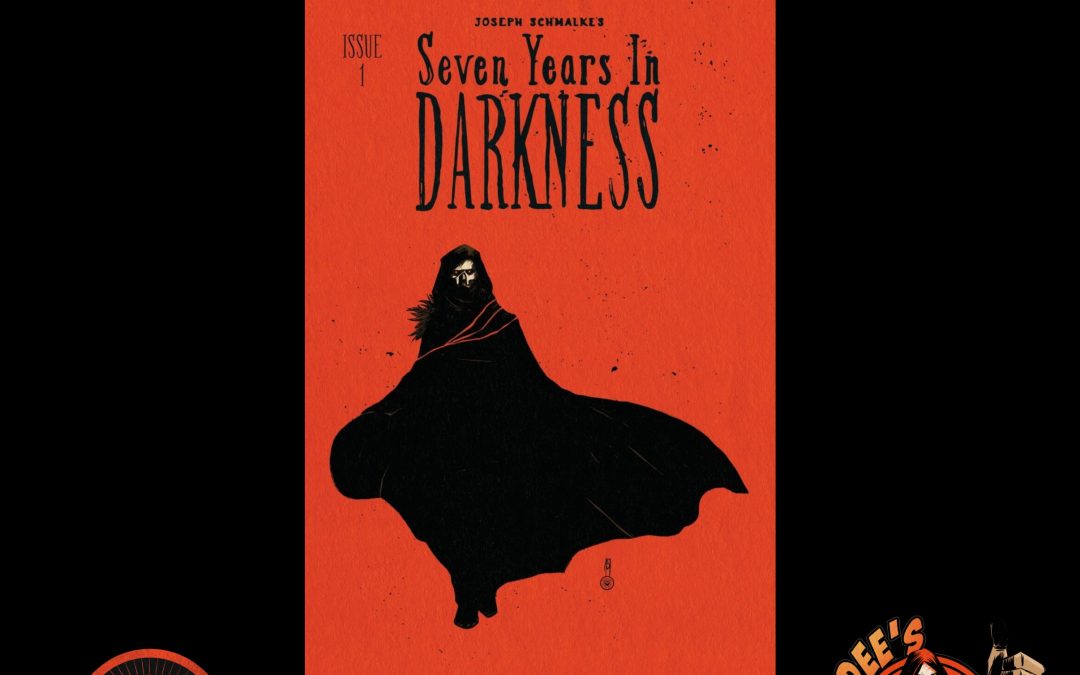 When Joseph Schmalke came to us with a his latest series and his idea to buck some of the recent woes of publishing and distribution, we’d said yes before he could say anything, then we listened to what he had to say and said HELL YEAH!

We’re so excited to be able to present to you, direct from the creator we think of as one of the masters of modern horror comics, Joseph Schmalke’s SEVEN YEARS IN DARKNESS!
Written and illustrated by Joseph, Seven Years in Darkness takes us head first into a world of sacrifice, mystery, magic, and darkness. Only available in Australia exclusively at Dee’s! 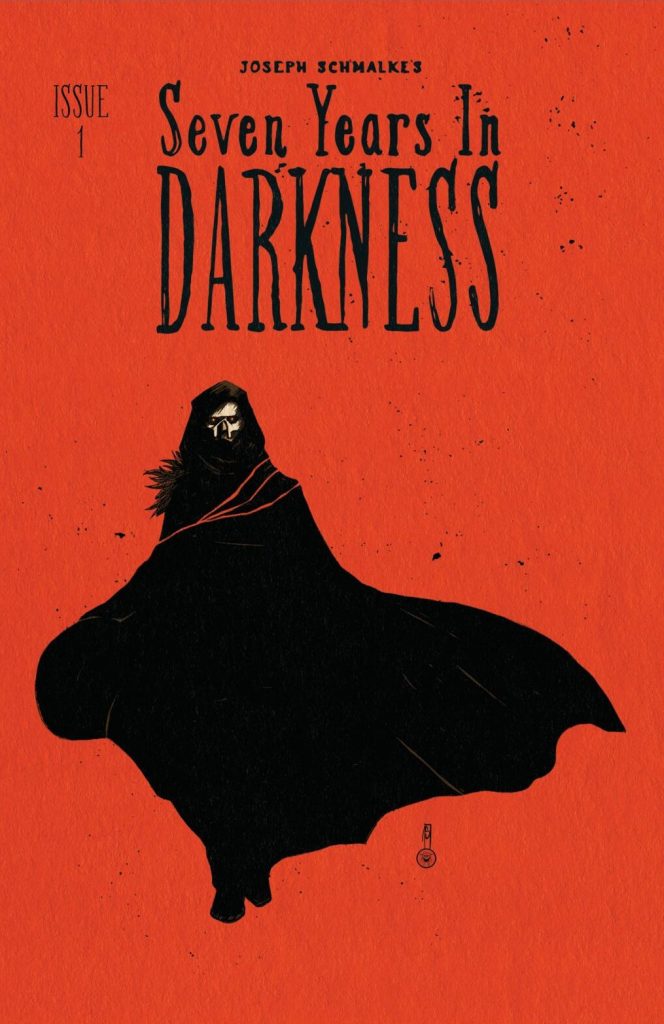 Seventy two children are conscripted to the Academy of Black Magic for seven years, where they’ll study the dark arts in a setting devoid of the sun.
Only seven will survive to see daylight again…

And the only way join us on this journey, to find out what unfolds when the academy opens it’s doors for the first time in hundreds of years, is from Dee’s!

We’ll join Matthew, who’s already unpleasant teen angst ridden existence, is plunged into the darkness, as the history and secrets of the academy are slowly revealed. But perhaps some secrets are better off left in the darkness?!

Joseph’s story is compelling and surprising, and his art is incredibly striking. What appears to be effortless in his lines, on closer inspection is meticulous, creating mood and giving every panel it’s own ‘moment’ and tension. With every narrative ‘pay-off’, Joseph plunges us further into the mystery and into the dark.

We know from the success of Cherry Blackbird, Phantom Starkiller and We Don’t Kill Spiders, that most of you are familiar with Joseph’s work, but for those coming in late….. 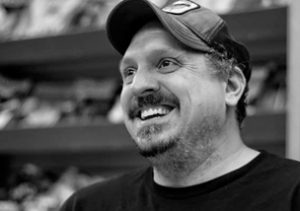 A classically trained painter, Joe got his start doing tattoos in the back of New Orleans barber shops. After a dark period on the underground ferret fighting circuit and working in the ‘prancercise’ VHS black market, Joseph joined a travelling circus, his invention of the hexagon and the acclaim that it brought, lead him back to the creative world. A lifelong lover of comic books and horror movies, he has worked behind the scenes in film and tv but has always focused on making the type of books that he loves to read, full of dark humour and dark themes. Joseph may or may not be a fanatical knitter.*

He has worked on countless variant comic book covers for Boom! Studios, Image Comics, Vault Comics, Mad Cave and Valiant comics. His work is also featured on Exclusive FYE and MARVEL COMICS t-shirt designs, SUPER 7 card artwork, and was a contributor on A Sound of Thunder’s IT WAS METAL graphic novel anthology.

(*All information about Joseph Schmalke is completely true, except for the parts that aren’t)

Every book Joseph has worked on has blown us away and Seven Years in Darkness is no different! Up until now, this new story has only been seen by Schmalke’s patreon backers, we’re so excited to be able to present this killer new series, from the master of modern horror comics, in print!!

Grab your copy instore or click the link below to order online! SEVEN YEARS IN DARKNESS is exclusive to and only available in Australia here!
https://deescomics.com.au/product/seven-years-in-darkness-1-joseph-schmalke-dees-exclusive-2022/

You can check out more of Joseph’s work and his patreon here:

Chatting to Joseph Schmalke for Halloween 2021: 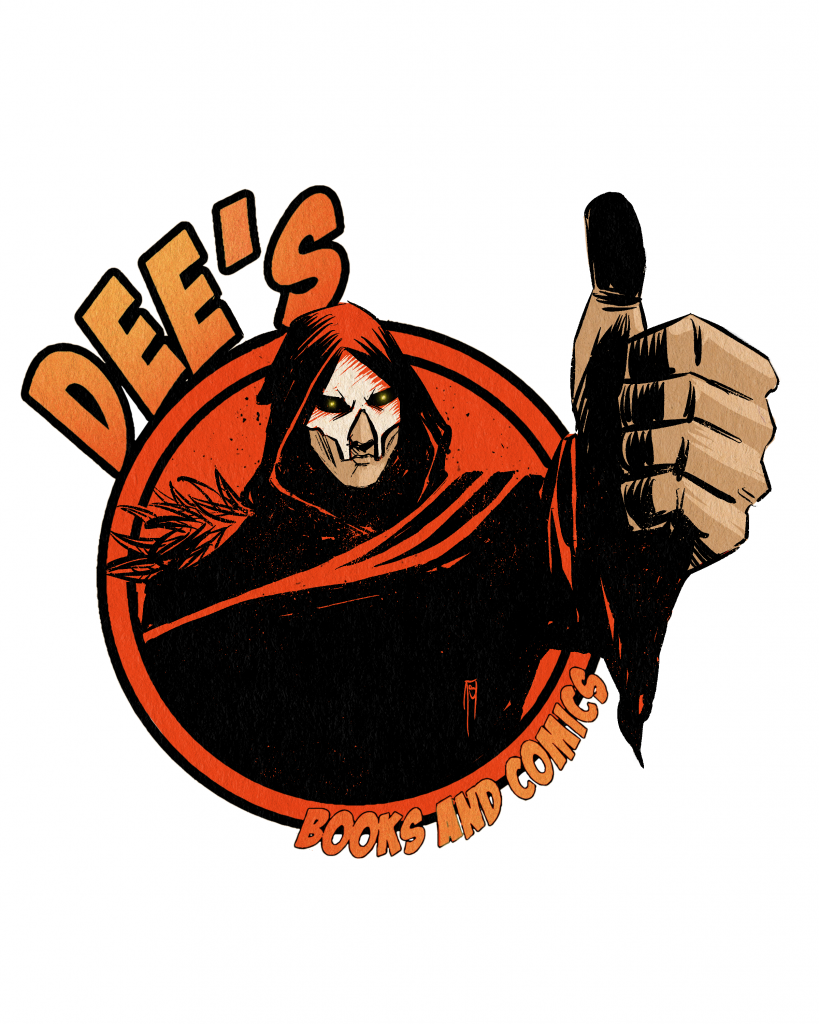