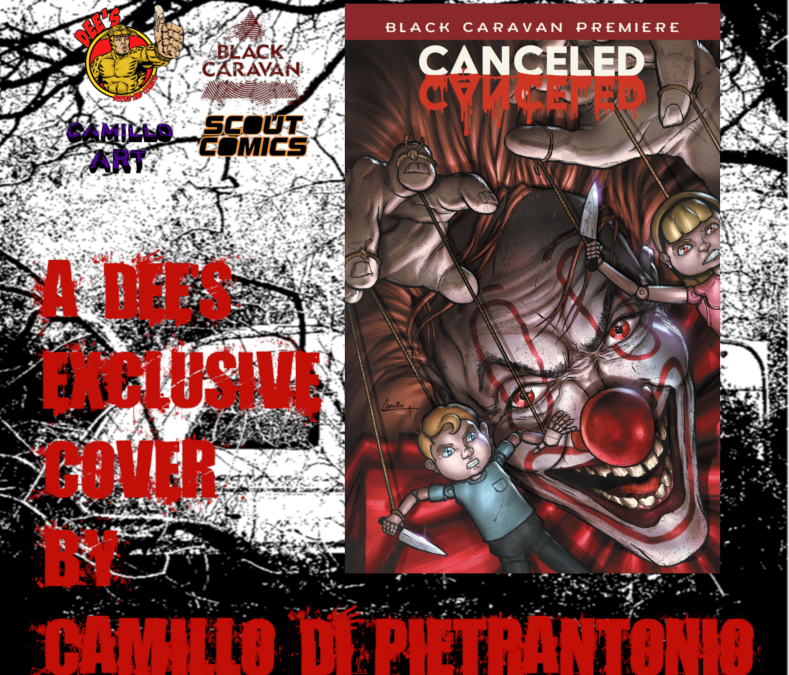 When washed-up kids show host Larry finds himself replaced by Cruncho the Clown, he tries to destroy the local town television tower, but instead gets himself electrocuted…and sucked into the airwaves. In typical supernatural horror movie fashion, something wicked unfolds, setting off a wave of panic and fear throughout the nation. But trust us, the story does not stop there!!!

To celebrate this first Black Caravan Premiere release, we’ve teamed up with one of our top guys, the man, the myth, the artist known as Camillo! And holy cow, he’s come up with an amazing Dee’s Exclusive cover! 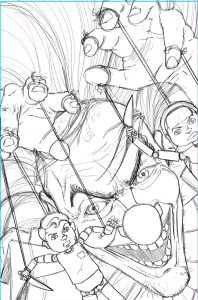 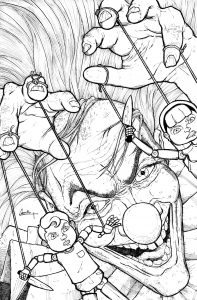 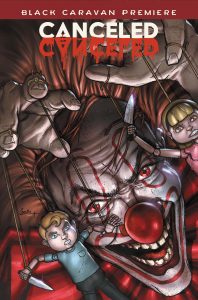 You all remember Camillo? He did the amazing art for our TMNT #100 and In Purgatory exclusive covers….in this reality….
This reality, that is just one of many….

Or at least there was. 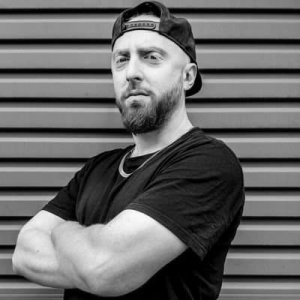 Camillos have been battling to the death over many years to find out who is the one true and greatest Camillo artist of all. No-one knows how many Camillos are left. But this one from this earth thinks he has what it takes to be the greatest Camillo artist of all the multiverse..you can see his work on the Ninja Turtles, and the Last Ronin series published by IDW. Along with some more covers on the Cult of Dracula by Source Point Press, Primordial by image comics, and the Do You Pooh series.

And now you’ll be able to see his new cover for Black Caravan’s title, Canceled.. If you run into another Camillo from another multiverse, claiming to be the one true Camillo, you must inform dee’s comics as soon as possible…..

But only after purchasing the new retailer exclusive of Canceled!

Canceled crosses four eras with four different artists with unique styles including Pabliku Man, Renan Balmonte, Medmanga, and Nick Justus! Sort of anthology, uniting different characters from different eras and tastes with a common theme and a common character but with a unique artistic style and feel for each. 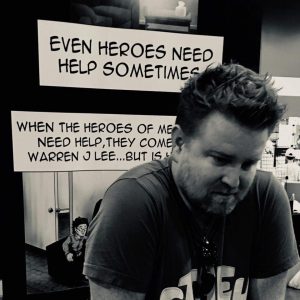 After a humiliating defeat at the hands of koala champion ‘Scrappy Dave’, Byrne turned his back on his fighting days to wander the wastelands rambling about his premonitions that a koalapocalypse was coming.

Several years in a travelling carnival and David turned to the arts, he has an education in film and business and experience as an editor, writer, and retailer. He has spent the better part of two decades in sales and owned and operated independent publisher W.i.N. Pictures, producing the hit comic Stake and such well received titles as Color Me Yellow, Daisy Gets a Brother, Shady Place, and The Couch. He may, or may not, like sunflowers.

And now, David’s freaking us out with CANCELED!

We’re really excited to be able to offer you this new Dee’s Exclusive featuring such amazing and creepy artwork by our friend Camillo! Camillo’s beautiful lines have been made even more visually effervescent by Daniel Chavez’s colours, this cover is as beautiful as it is terrifying! With top notch work all round, from all involved, we hope you enjoy both, an amazing story, and some some amazing art, inside and out!

You can order your copy (or copies) instore or here: 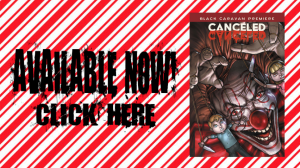 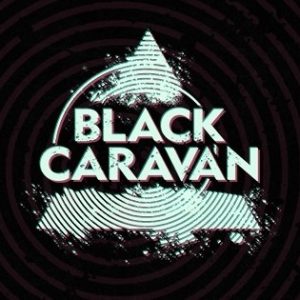 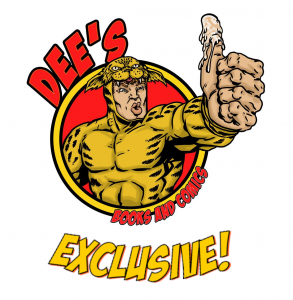