DARE YOU ENTER THE ELECTRIC BLACK?! 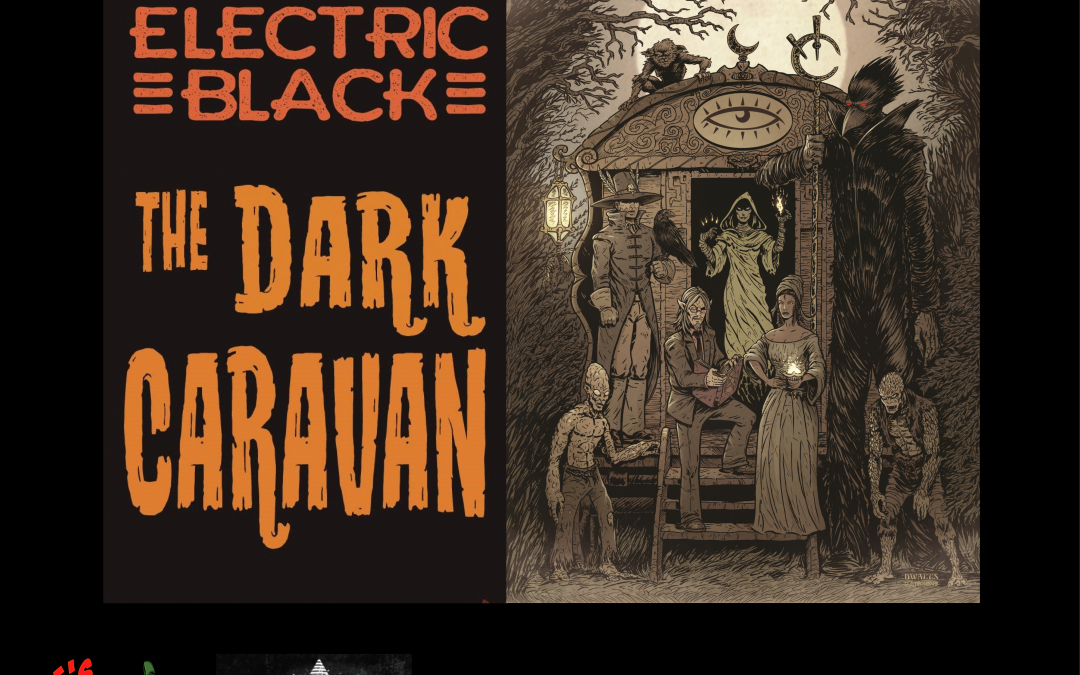 We are very excited to present a new Dee’s Exclusive!

We’ve teamed up with our fave publisher, and fave artists to bring you a special Dee’s Exclusive variant for one of the best new books on the shelves, ELECTRIC BLACK: THE DARK CARAVAN #1! 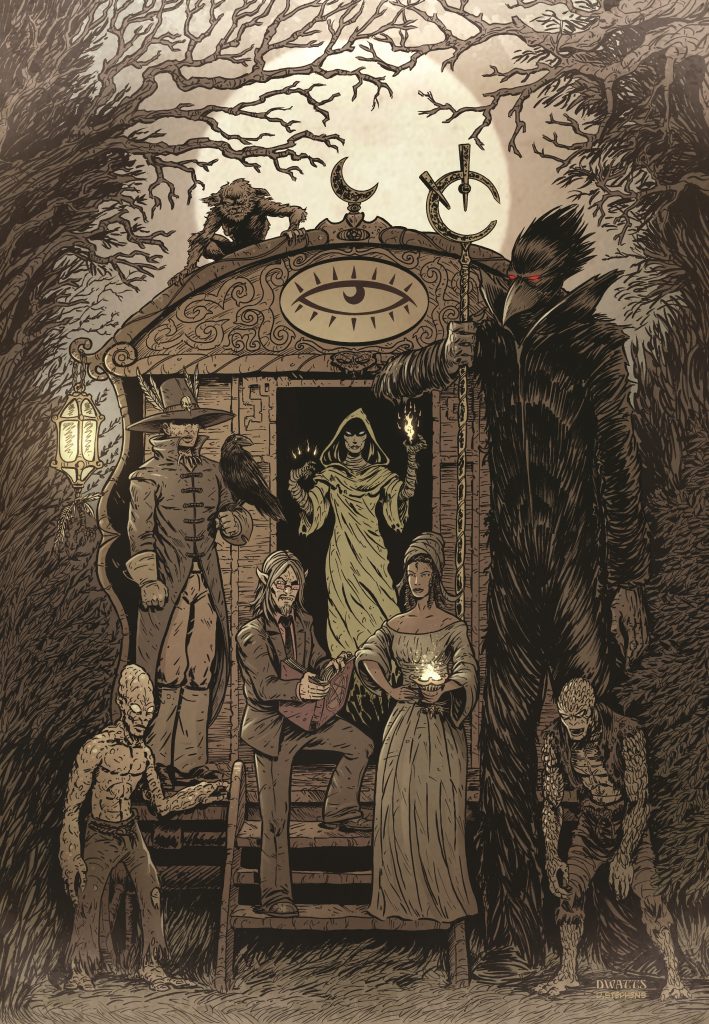 Dare you enter the sinister halls of the Electric Black? With this beautiful exclusive virgin cover by dream team Dan Watts and Darren Stephens you have too!!!

Written and illustrated by Joseph Schmale and Rich Woodall, Electric Black are the tales of a cursed antique shop, appearing in any time or space, soliciting customers it hungers to corrupt or devour. The mysterious Julius Black is the store’s demonic proprietor and narrator. He, along with his psychopathic employees, regularly manipulates patrons for their own devious purposes. Inside the eerie emporium, all of the forbidden objects have secrets to unlock. The poor souls that enter never leave without something. Its dark light will shine on macabre mysteries, grisly murders, and other frightful occurrences.

In the Dark Caravan, the Yellow Stranger guides June and Jack through the origin tale of The Electric Black itself. A perfect entry point for new readers but for long time fans, questions will be answered, mysteries will be uncovered, and grizzly murders will occur in this very special issue!

ORDER YOUR COPY INSTORE OR ONLINE AT:
https://deescomics.com.au/product/electric-black-dark-caravan-1-dees-exclusive-variant/

Dan is the creator of the fantastic indie series ‘Bipp and Trax: Intergalactic Realestate’, artist for the educational children’s book ‘Freya the First Aider’, contributor and cover artist to countless other Australian comics including ‘Job Dun Fat Assassin’, ‘The Demon’, ‘Smiling Damned’, ‘That All Star Bulletproof Kid’, ‘Bronwyn’, ‘Magpie’, ‘Deathship Jenny’ and ‘McBlack’, just to name a few. Dan also did our unreal Phantom Starkiller exclusive!

Darren is a UK based comic strip colourist and artist. He has been working on comics in some shape or form ever since he

was a kid. Over the years he has been lucky enough to work with so many talented people on a whole bunch of awesome projects. His work is always second to none and has appeared in 2000ad, FutureQuake, Zarjaz, Dogbreath, the 77, Sonic the Hedgehog, Red Dwarf mag, Phoenix comic and more. Darren also did our unreal Phantom Starkiller exclusive!

Joseph Schmalke is a comics creator, writer, and illustrator residing in Westbrook, Maine. Joe is the author or artist (sometimes both) on several horror comics— including PHANTOM STARKILLER (Black Caravan), MURDER HOBO (Scout Comics), THE ELECTRIC BLACK (Scout Comics/Black Caravan), THE CALAMITOUS BLACK DEVILS (Broken Icon Comics), and his self-published Grindhouse graphic novels THE INFERNAL PACT, and CHERRY BLACKBIRD. A classically trained painter, Joe got his start doing tattoos in the back of New Orleans barber shops. A lifelong lover of comic books and horror movies, he has worked behind the scenes in film and tv but has always focused on making the type of books that he loves to read— full of dark humor and dark themes. He has done variant comic book covers for Boom! Studios, Image Comics, Vault Comics, Mad Cave and Valiant comics. His work is also featured on Exclusive FYE and MARVEL COMICS t-shirt designs, SUPER 7 card artwork, and was a contributor on A Sound of Thunder’s IT WAS METAL graphic novel anthology.

Rich is an illustrator at heart, and a designer by trade. Over the last 18+ years, he has worked with major licensed properties,

from the NFL, NBA, and MLB, to Star Wars, Indiana Jones, Lord of the Rings, Marvel Comics, and South Park.
Right out of high school, he was recruited by the creative director for Fruit of the Loom’s Sports and Licensing division. Amazingly talented in both traditional and digital illustration and design, Rich is a bit of a Jack of all trades. Rich is currently also writing the brutal and brutally hilarious, ‘Gods of Brutality’!

It has been a great honour and pleasure to bring all of you this fantastic Dee’s Exclusive edition of Electric Black The Dark caravan and we hope it will become a cherished item in everyone’s collection. But we especially hope you enjoy the awesome world and story this book brings, the stories behind the artifacts and curiosities within the Electric Black’s sinister halls, and the story of the store itself across time and space! 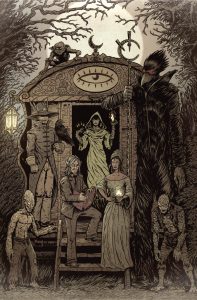 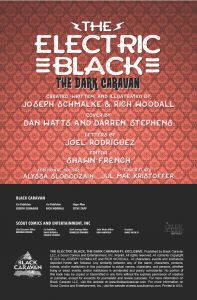 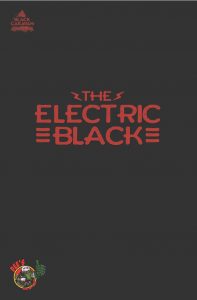