THE APPARITION: THE SPIRIT THAT STALKS 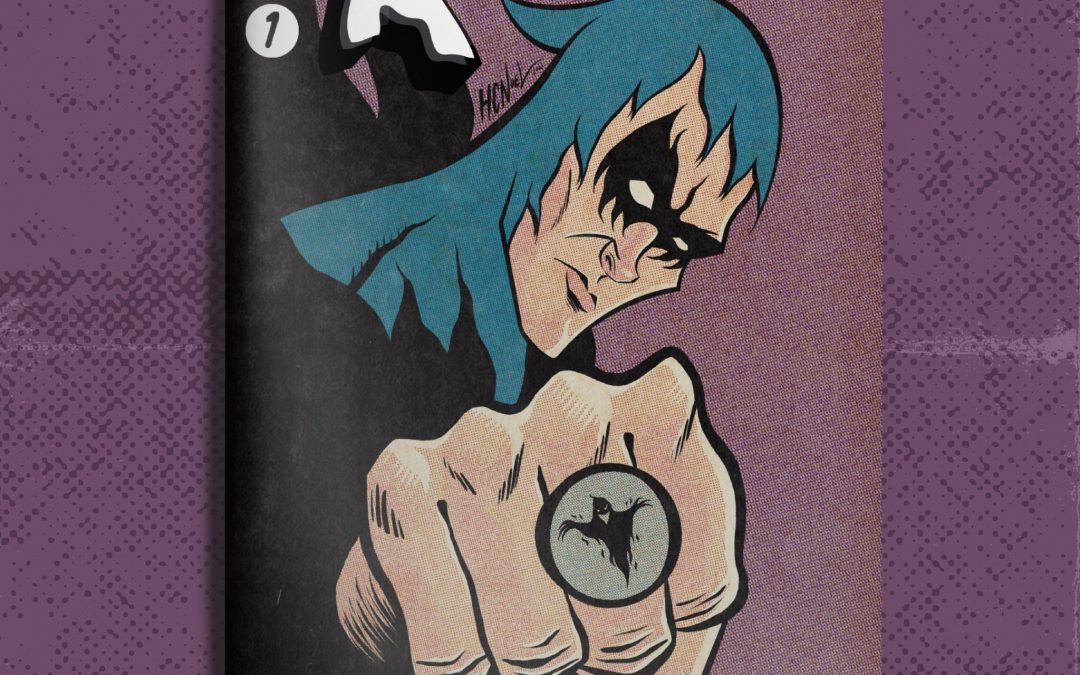 A parody pulp comic book that tells the tale of the hero, The Apparition, and his swashbuckling, mis-adventures! 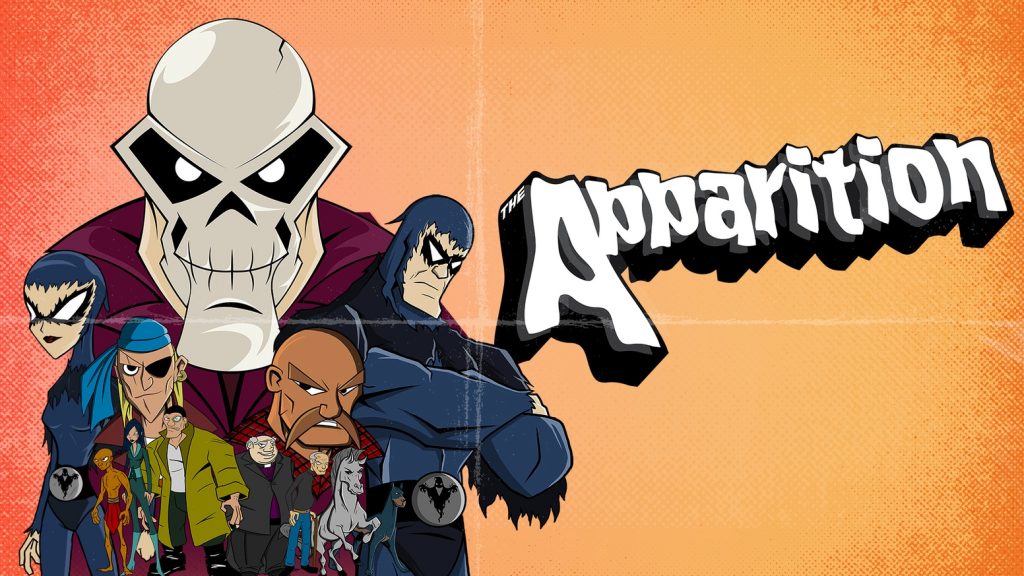 The Apparition is a story that isn’t your typical everyday superhero. Join The Apparition in the story of swashbuckling misadventures on the island of Terra, dukin’ it out with his foes, but when a chain of personal events shake him, he searches for answers. At what point does this so called hero become a vigilante?

This series takes the tropes of heroes and throws it into a parody & satire mix, blending the golden age of comic books! 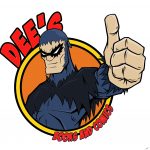 The Apparition is a 2 part series brought to you by the author of The Talking Bread & In Purgatory, Kieran Jack. Joined for the first time on writing duties by the enigmatic Clare Jack and featuring the silky smooth letters of the mysteriously mysterious Graeme Jackson, this parody pulp series, tells the tale of The Apparition and his swashbuckling misadventures, told in 2 thrilling parts spanning over 9 tales. This first issue includes 5 gripping stories!
Including; Prologue, Enter the Apparition, The Pirates of Terra Island, Sinister Intent & Sign of the Skull. 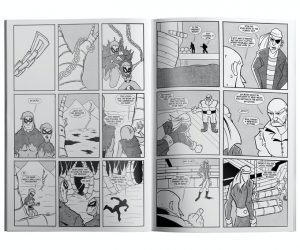 We’ve been lucky enough to have our own exclusive cover for The Apparition created by Howie Noledechen, creator of ‘Float’, ‘Mr. Scootles’, and the popular webcomic ‘Tara Normal’. We’re always thrilled to bring you Kieran and Halftone Production’s books and we’re especially excited to have NY native, Howie onboard for this darkly hilarious pulp parody!!

This 60 page first part is printed in traditional black and white, on 64gsm Newsprint and a 120gsm full 4 page colour cover. As you can see the aesthetic for this series is of a pulp cartoon art style, with halftone and textures to bring to life each panel.

You can pre-order your copy of the amazing Dee’s exclusive Howie cover here: 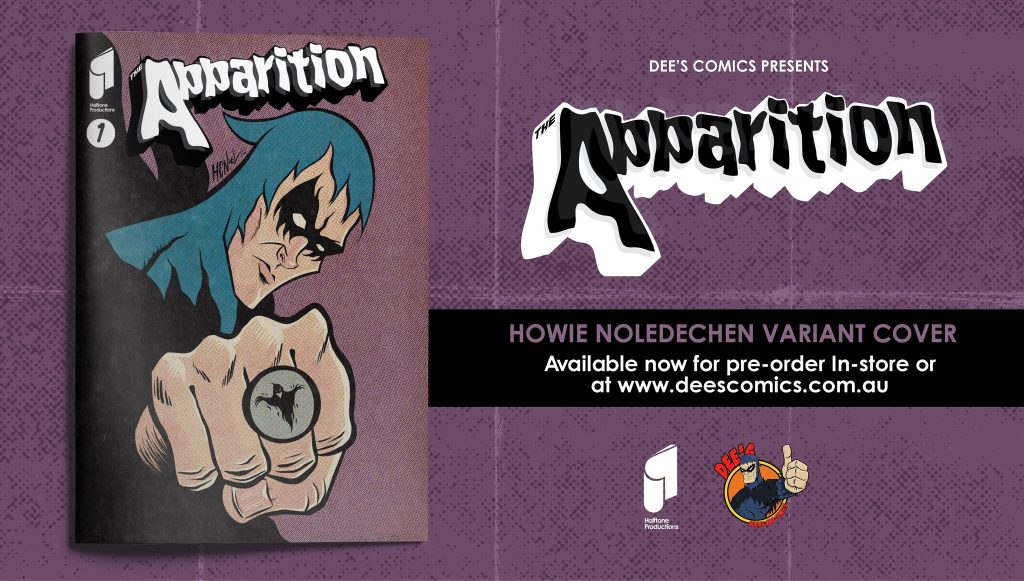