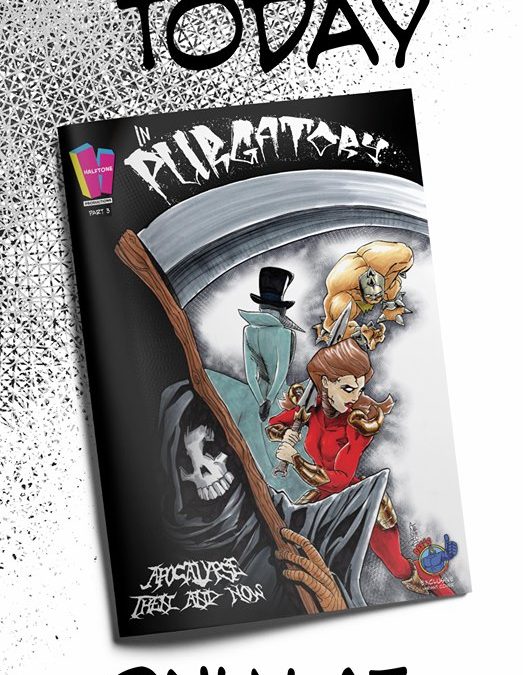 It’s life after death but can Death trust anybody?

Free Comic Book Day is the biggest and bestest day of the year for comic fans! Dee’s and Halftone Productions were teaming up to make it EVEN better! We were excited as ‘heck’ to have mad baker, artist, writer, creator, illustrator and hell of a guy, Kieran Jack joining us for FCBD 2020, but unfortunately, due to the current situation, Free Comic Book Day has had to be postponed indefinitely. We are still excited as heck though, to still be able to team up with Kieran, Angie and Halftone to offer an exclusive edition of ‘In Purgatory #3’! 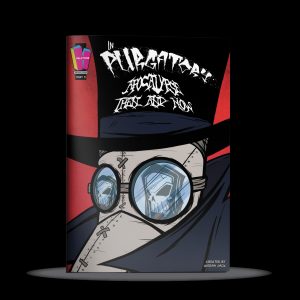 Its life after death!

As Death is now questioning his one morality, he will be reunited with his companions from a life time ago, the riders of the apocalypse.

When they plan to reclaim the Underrealm from the tyrant thorn, not all are on the same page with the current shift in leadership and, cracks begin to unfold with treachery afoot at every turn,

Can Death trust anyone? 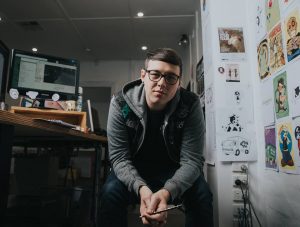 Kieran Jack runs a small indie publishing company called Halftone Productions, he’s responsible for the creation of the 6 part comic series ‘The Talking Bread’ (the greatest comic in the world, no, the universe, about sentient bread), and this new hit comic series, ‘In Purgatory’. After an incredible 2019 working on comics and attending conventions, Kieran has had the opportunity to work with other creators on their comics, including The Wrath of The Cursed, XCT, Super Ready Battle Armor and Dark Oz comics. But now it’s great to see him back working on In Purgatory. 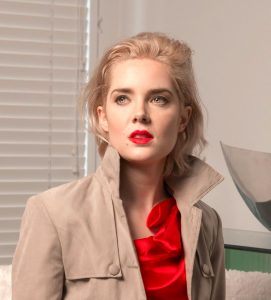 Angie Spice released her debut series, “Courier the adventures Of Geraldine Barker” in 2016: a final issue is due late 2019. In 2016, Angie won the Australian 24 Hour Comic Book Challenge with Galah Girl and has also produced an autobiographical zine titled Angie in Have You seen La La Land? Both comics present historical Australian settings with convicting female protagonists. Spirituality, music and emotive drama are frequent elements in her storytelling style. Her style is reflective of retro manga. In 2018, Angie won the live Madman “draw off” competition.

Kieran’s hellish new series about what happens when you die, has been given the Dee’s exclusive treatment just for you! Free comic book day or not, Kieran and Angie have whipped up a little piece of awesome, exclusive to Dee’s and we’re going to celebrate!!!

Pre-order now and you will not only receive this deliciously awesome comic to hold, read and treasure, but also a FREE A4 print!!*

Check out one of the cheekiest, most irreverant and most amusing new indie comics Australia has to offer!