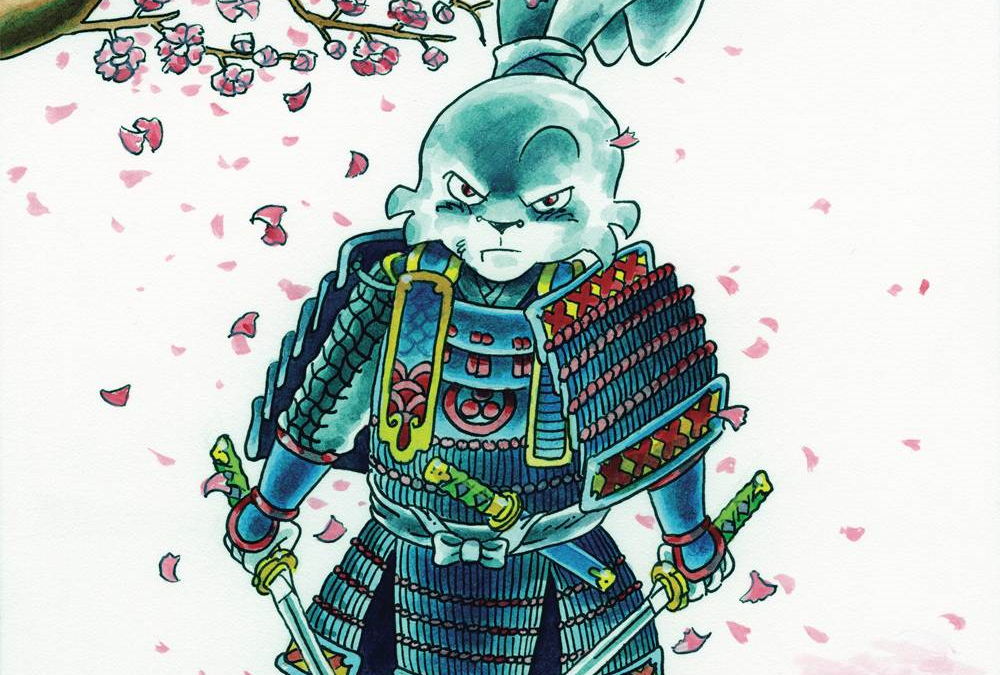 Welcome to, or back to, the world of Stan Sakai’s Usagi Yojimbo! The Ronin Rabbit returns in June with the first thrilling chapter in an all-new three-part story! Set in the Edo period of Japan, this adventure sees Usagi embroiled in a puppet drama where the players are not quite what they seem.

“Bunraku (Japanese puppetry) captures many elements that make the world of Usagi Yojimbo unique: an adventure filled with Japanese culture, folklore, and history. It also features the return of a long-awaited fan favourite character and Yokai (Japanese supernatural creatures). I’d like to thank the readers for their continued support of Usagi, and if you haven’t read Usagi before, this is a great place to start.”

Written and illustrated by multi award winning comics master Stan Sakai for over thirty years and published in over fourteen countries, Usagi Yojimbo is set in a unique world based on 17th century Japan. Miyamoto Usagi, who once served as the personal bodyguard for a Japanese warlord, now traverses this unique world – a landscape populated by ghosts, dinosaurs, monsters, and warriors of all kinds – as a ronin. In his many exciting adventures, the swordsrabbit hones his skills, saves villages, and often finds himself navigating the delicate affairs of national/political significance.

And just to amp up the excitement to 11, for the first time the serialised Usagi Yojimbo series will be in full colour! Colours will be by Tom Luth (Groo the Wanderer)!

Stan Sakai has received numerous awards for Usagi Yojimbo including the National Cartoonists Society Award, the Parents Choice Award, and multiple Eisner Awards. He began his career by lettering comic books (notably Groo the Wanderer by Sergio Aragonés and Mark Evanier) and wrote and illustrated The Adventures of Nilson Groundthumper and Hermy; a comic series with a medieval setting, influenced by Sergio Aragonés’ Groo the Wanderer. The characters first appeared in Albedo #1 in 1984, and were subsequently featured in issues of Critters, Grimjack, Amazing Heroes and Furrlough.

Inspired by Japanese history and fiction, Usagi Yojimbo was first published in 1984. Continuing now, Usagi Yojimbo is one of the longest independent serialised comic book series in existence. Usagi has made numerous appearances alongside the Teenage Mutant Ninja Turtles and featured in a futuristic spinoff series, Space Usagi.

Check out the IDW Publishing link below for time-lapse video, interviews and podcast audio of this landmark issue.

Usagi Yojimbo #1 arrives 21st June 2019 and offers the perfect entry point in to the world of Miyamoto Usagi!