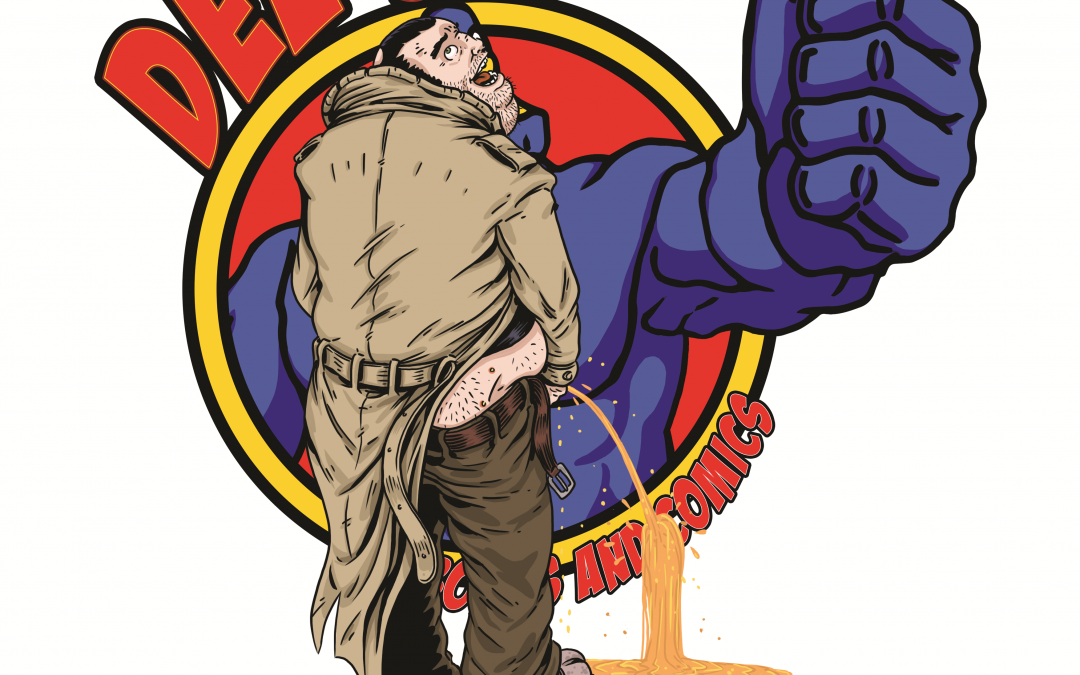 ‘And what rough beast, it’s hour come round at last, slouches towards Bethlehem, to be born?’

Dee’s are revolted and disgusted to welcome, Australia’s leviathan of comics, the odious, repugnantly vile creature and creator of ‘ Job Dun, Fat Assassin ‘, Mark Hobby to Canberra to launch the 2019 Side-kik edition! Why just ‘launch’ a book when you can have the creator himself soiling fresh copies for your personal enjoyment! 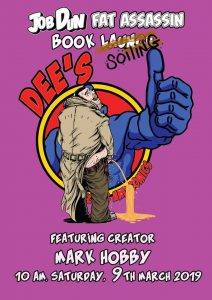 Mark Hobby is the the loathsome and nauseating wretch that brought us ‘No Pride and Prejudice’, ‘The Gropes of Wrath’, the self help hit, ‘Eat, Spray, Wipe’, dating guide ‘Men are from Mars, Women are from Venus, but they both end up in my basement’ and the world’s greatest comic about a fat man assassin.

In the Job Dun Fat Assassin 2019 Side-kik Edition, Dunnie’s sidekicks, side characters and so called ‘buddies’ step into the spotlight or at least the light that manages to shine around his fat arse, for drunken shenanigans, rockabilly sex-bot romance, porn-store nonsense, the secret origin of a digital pokey-monster and proof guns really do kill people with the birth of Machine-Gun X! This over-sized super absorbent issue also features a cameo of comic’s newest and greatest ‘hero’, Dee’s very own, Brendon The Ocolet Wrecker! 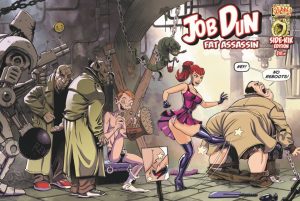 Written in his own bodily fluids by Mark Hobby, this questionable activity is aided and abetted by art from Tom Bonin, Lauren Marshall, Daniel Watts (DAN WATTS COMIC AND ILLUSTRATION), Jeremy Hansen (as Kahn Vockers) and Dr. Paul Mason, with lettering by the enigma known only as Bolt-01.
Featuring a wrap around cover by German Fetish artist, the mysterious SleepyGimp, this magazine sized issue is just too fat to be contained by a regular sized comic.

Join us on the 9th of March as we roll out the plastic drop sheeting and a toilet seat, and give Mark a big Canberra “f$%k off”.

Grab the new book, join us for a spot of ‘gentleman’s tea’, chat about the inevitable fall of capitalism and learn Mark’s secrets for removing the most stubborn of stains!

You can buy Mark’s books here: