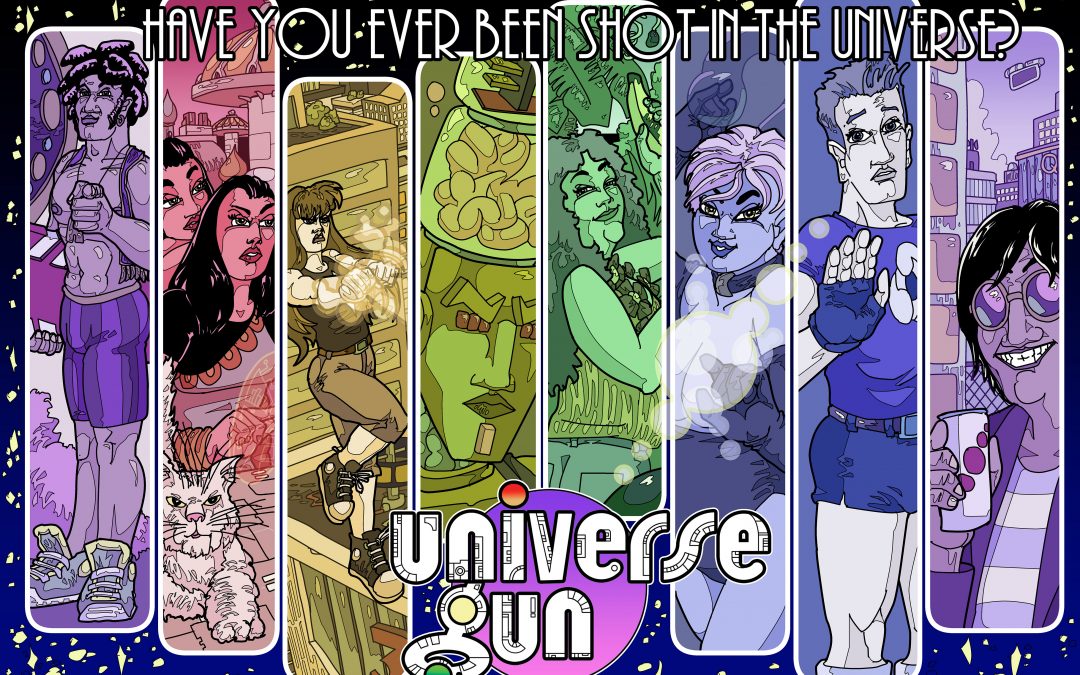 Universe Gun has arrived at Dee’s with eye-popping full-colour art ready to rock your socks off!

Universe Gun is a strange, smart long-form superhero/sci-fi series. Set in the 37th Century, in a future that has seen better days, it tells the story of a group of unlikely heroes who band together to try and overthrow the prohibitionist regime that makes superhuman gifts illegal in the solar system.

In the distant past of the 21st Century, an alien satellite docked with the Earth and infused it with orgone in order to upgrade the planet and it’s inhabitants to superhuman status. Since then, everything’s gone wrong. In the 37th Century, superhuman powers are illegal due to their supposedly violent nature. Who benefits from this, and who could stop them? A gang of misfits and rebels assemble to overthrow this corrupt status quo, and reveal the real story behind the solar system’s decline. 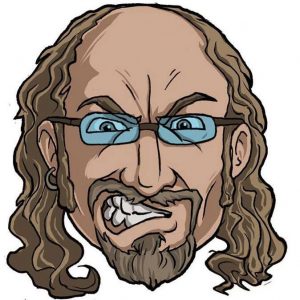 Dr Mike 2000 is the nom de plume of Mike Cooper, Adelaide based comic creator, and is writer/artist of the psychedelic superhero sci-fi series Universe Gun. His unique psychedelic art style, European sensibilities and a technicolor, optimistic and progressive approach to science fiction make Universe Gun a series not to be missed!

Recommended for mature readers, as it may contain traces of sex, drugs and rock’n’roll!

For more information (and a webcomic preview) visit: