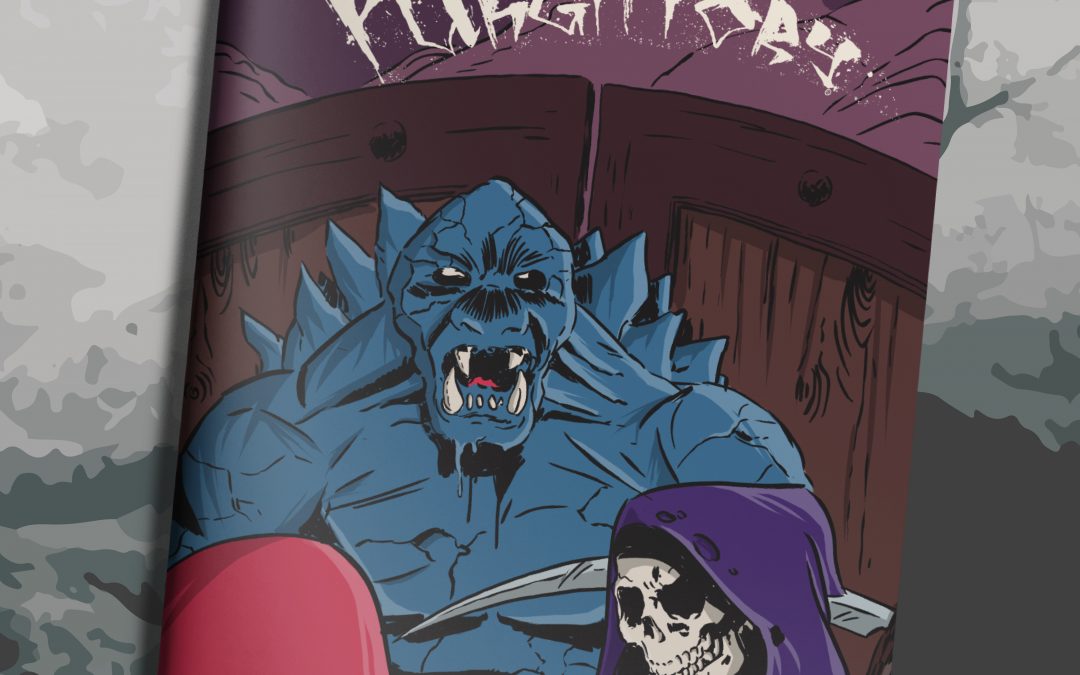 Free Comic Book Day is the biggest and bestest day of the year for comic fans! Dee’s and Halftone Productions are making it EVEN better!

We’re excited as heck to have mad baker, artist, writer, creator, illustrator and hell of a guy, Kieran Jack joining us for FCBD 2019!

Kieran Jack runs a small indie publishing company called Halftone Productions, he’s responsible for the creation of the 6 part comic series ‘The Talking Bread’ (the greatest comic in the world, no, the universe, about sentient bread), and new hit comic series, ‘In Purgatory’.

No doubt about it, Kieran and his wicked unique style are the toast of the town, but he’s also generous as hell! Kieran and Matt Kyme have whipped up a little piece of awesome, exclusive to Dee’s Free Comic Book Day!

Available for pre-order and purchase on FCBD is the Dee’s Exclusive Variant Cover of ‘In Purgatory’ #1!

Kieran’s hellish new series about what happens when you die, has been given the Dee’s exclusive treatment just for you! All pre-orders will not only receive this deliciously awesome comic to hold, read and treasure, but also a FREE A4 print and digital copy!!*

*Pre-orders close on the 18th April 2019. Comic available to purchase on the 4th of May at Dee’s Free Comic Book Day.

Dee’s Book and Comic Shop in Belconnen is one of the thousands of local comic shops around the world celebrating the largest event in the comic book industry. Each year, thousands of participating shops celebrate Free Comic Book Day by giving away comics to millions of fans and introducing them to the wonders of comics!