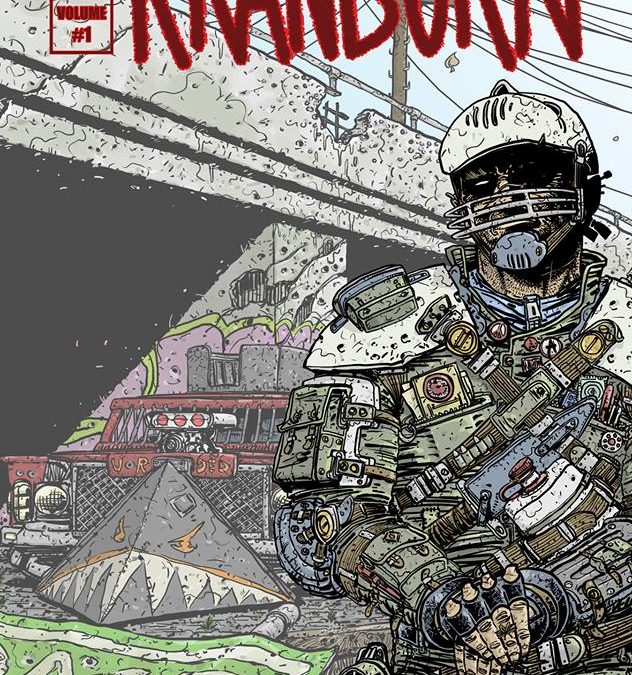 That’s right! the highly regarded Aussie series by Ben Michael Byrne will be back in print and on the shelves as a bonafide real book once again! 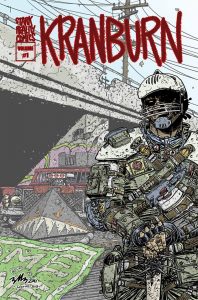 A tale of survival in the wastelands of Melbourne’s post apocalyptic outer suburbs, Kranburn is one of the best Australian comics EVER! Imagine Mad Max in Melbourne without all the naff wank of the mad max movies. In 1992 a plague ravaged the world. Totally unprepared for the fast spreading illness mankind was made nearly extinct, with only .5% being immune and seeing 1993. Fast forward to the year 2015 and life has stuttered but continued, mostly in the form of strongholds and settlements. This story follows the settlement of Kranburn, a small town built on what was once the rooftop car park of an old shopping centre. In this kill or be killed environment the peaceful settlement of Kranburn cannot continue to take the passive route when might equals right and a mad dictator to the north has every intention of destroying them. Brutal, dark and gritty, Ben has created a world no one would want to live in, but you will find it impossible to walk away from once you’ve started reading it. 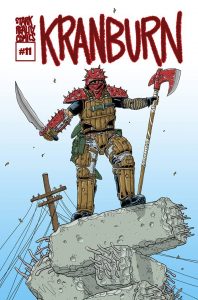 Issue #1-#10 of Kranburn have been freshly minted and will be available alongside the fantastic new issue picking up where #10 left off! We will also have copies of the collected edition containing the first 6 massive issues of the series.

Not only will there be total Kranburmonium at Dee’s, we’re celebrating with all out Ben Michael Byrnocalypse! 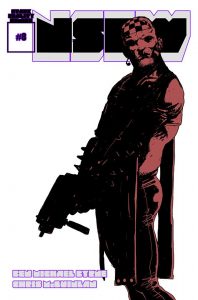 The latest issue of NSEW, Ben’s sci-fi dystopian future anthology arrives and delivers the perfectly executed comic book equivalent of a kick in the nuts! NSEW will not hold your hand, pat your head and whisper it’s going to be alright. NSEW is a full frontal assault on your eyeballs and vicious attack directly on your brain…..it’s awesome!

If you haven’t checked out NSEW yet, stop living your empty dank existence any longer, run into Dee’s and grab issues #1-#7. Featuring the following dizzying list of arters, arting hard! 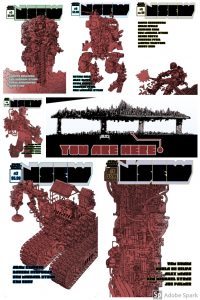 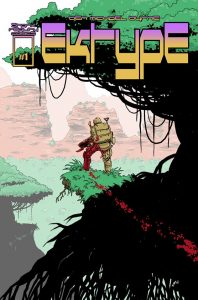 Say hello to the debut issue of Ektype, a new comic written/illustrated by Ben Michael Byrne. In 2018 a large ‘explosion’, 3000 kilometres in diameter, occurs in the centre of Australia. Fast forward 32 years, and the inside of the explosion and the outside are two very different worlds, although both still have an effect on each other.

Meet Bruce. Bruce is 35 years old. Bruce has been alive for 2 years…… 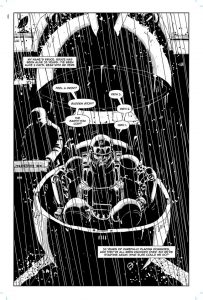 Intrigued? Grab Ektype to ease the yearnings of curiosity!

ALL THIS BEN MICHAEL BYRNE MAGIC WILL BE AVAILABLE 19TH NOVEMBER!

If you want to check out more of Ben’s work: