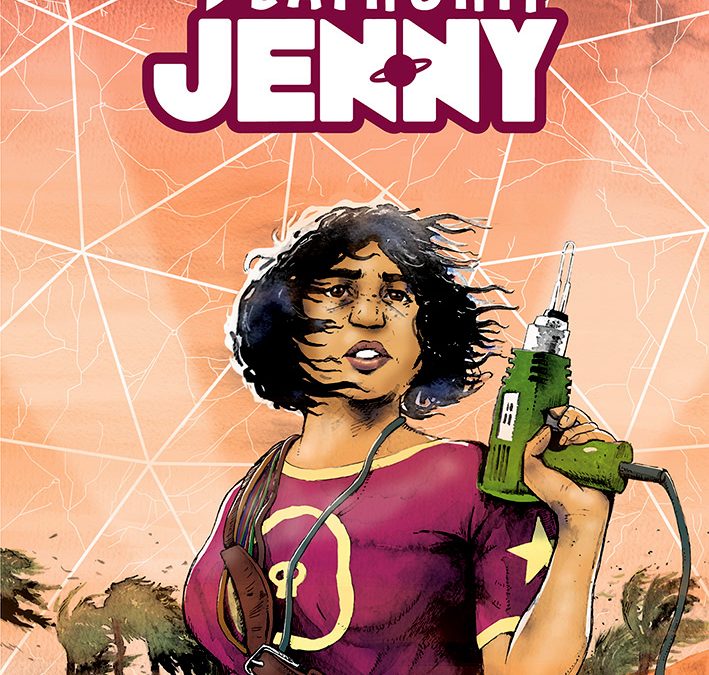 Deathship Jenny #4 has landed!!
From the mind of the indomitable Rob O’Connor comes one of the best comics you haven’t heard of….yet!

Child star Jenny McCurdy wants to escape her crap celebrity life to do something useful, like defend Earth against the Martians. Easier said than done.

She was the 14 year old child star of the hit TV series ‘Deathship Jenny’. Now 17, Jenny McCurdy wants to escape the high profile life forced on her by her Z-Grade celebrity parents. 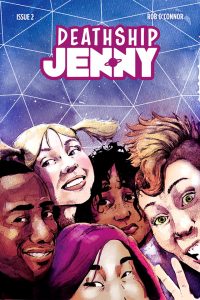 Jenny’s running away to join the military ship ‘The Procurement’: large as a continent circling the Moon and designed to deal with the threat from Mars. Jenny thinks a 6 month, non-combat, engineering cadetship is everything she needs: privacy and an opportunity to make a positive contribution to society. On her terms.

In issue #4 Jenny and her friends have landed on Mars, and reality is proving worse than imagination, frankly. Will meeting Martians make for good TV ratings?

It’s survivor collided with the celebrity apprentice in space! 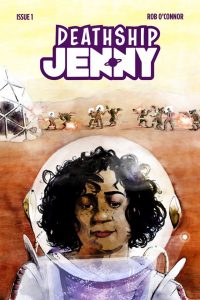 Oh my god! did you just read that list, now you have to pick up ‘Deathship Jenny’!!!!