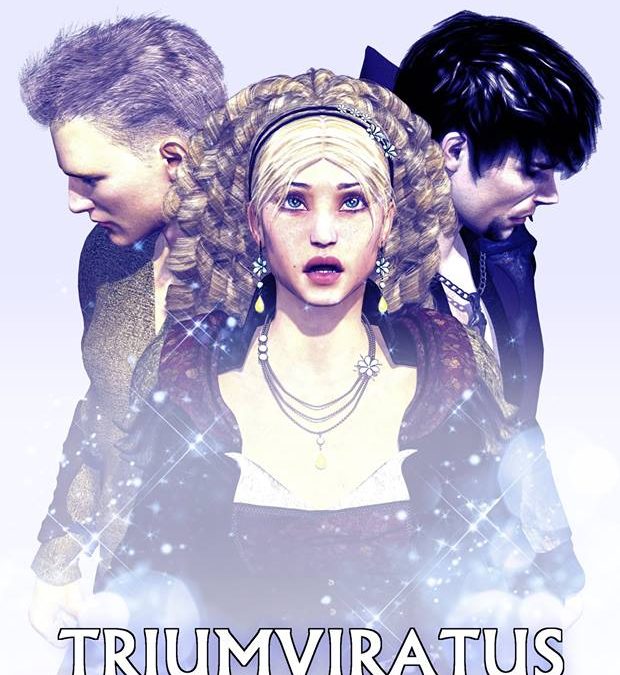 Gary sat down with Shane W Smith, legend, lion tamer, the man who invented the rectangle and Canberra graphic novelist to chat about his career and upcoming opus ‘Triumviratas’. Read on to find out what the world’s most stoically silent stormtrooper found out about our awesomely talented hometown writer.

GARY: Tell us a little about yourself Shane? 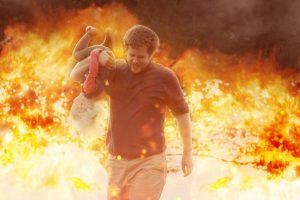 SHANE: Sure thing. I’m a graphic novelist based in Canberra, and I’ve got a whole bunch of stuff on the market right now. My thing is “deeper meanings through genre” which is a pretentious catchphrase way of saying that I subscribe to the classical view of speculative fiction: that it illuminates and interrogates the values of the society in which it was written. My books have been shortlisted for awards five times, including twice for Undad, which is far and away my most popular title.

I’ve got a Bachelor Degree in Creative Writing, and my oddest achievement to date is getting a comic published in a refereed academic journal.

I’m happily married with four young kids, and they are my best work.

GARY: What has had the biggest influence on your comics career, and how has that changed and developed your work?

SHANE: I worked pretty much exclusively in prose until I started my Creative Writing degree. The courses on offer encouraged us to dabble in scripts, children’s books, poetry, you name it. And for the open-ended creative project in third year, my tutor suggested I produced a comic ashcan (short preview document), and dropped a whole bunch of graphic novels in my lap.

That’s where it all started. Comics were for grownups? You could study them academically? The entire world opened up for me on that day, and I haven’t looked back since.

GARY: You must be excited to have ‘Triumviratus’ finally published as real physical book, can you tell us a little about the book and where it came from? 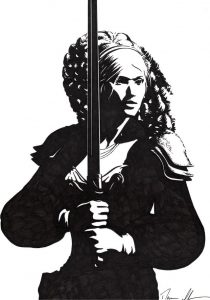 SHANE: Triumviratus is a 530 page epic fantasy graphic novel about duty, desire, and three desperate people whose misadventures in love bring the world to its knees. We’ve just funded a premium hardcover print run on Kickstarter, and waiting on delivery of the books (hoping for an November-ish delivery).

As for the story itself, it has a rather humble origin story. It’s based on a short story I got published in the ACT Comic Meet’s “Beginnings” Anthology, a story that was inspired by a Rasmus song about two people forcibly separated by an unwanted journey and a one word writing prompt: “BEGINNINGS.”

As for being excited, I honestly think anxiety has it trumped at the moment. When I can hold it in my hand, that’s when I’m expecting to be excited.

GARY: Which came first, the chicken or the egg? 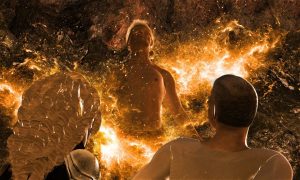 SHANE: Definitely one of them. Or perhaps neither.

With the exception of a couple, all of your books are epic graphic novels, what is it that ties your style of story telling with long form graphic novels?

SHANE: I like big books, and I cannot lie…

As a reader, I’ve got what you might call a literary fetish for large, oversized stories. I’ve read War and Peace, Crime and Punishment, Stephen King’s IT, the entire Wheel of Time saga, and East of Eden is one of my all-time favourite books.

As a creator – particularly in the comics realm – I’m aware that life would be so much easier if I was any good at writing shorter pieces. But sadly, I’m not. Long-form storytelling has been a fire in my blood since long before I discovered comics… and by the time that happened, it was far too late to change. 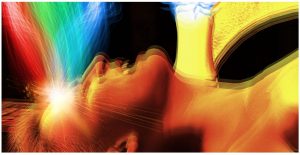 GARY: Are you a dog or a cat person? (bear in mind there is only one correct answer)

SHANE: Then that’s the one I choose. The correct one.

What future Shane W Smith magic should we keep our eye out for? 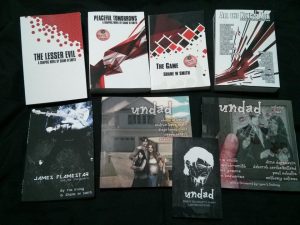 SHANE: Could be anything, frankly. I’ve got about five different graphic novel ideas kicking around, including a post-apocalyptic heist, a cyberpunk-musical-adventure-romance, and a space opera opus that’s threatening to be my first 1,000 page book.

Recently, I’ve taken some steps towards getting into TV writing and maybe even programming a game of my own. I’d also really like to get back into novel writing one day. Maybe even develop some decent short story/novella skills.

Watch this space. No: watch all the spaces. I’m sure to be in one of them eventually.

GARY: And finally, the thing we all want to know. Chicken, beef or lamb?

GARY: Right you were warned, this interview is over…..

If you haven’t checked out any of Shane’s books, treat yourself! All of Shane’s catalogue of books are available at Dee’s with ‘Triumviratas’ coming soon.

Some his work includes:

The Lesser Evil/Peaceful Tomorrows/The Game: Epic science fiction adventure graphic novels that explore what it means to have a dream… and what that dream can end up costing, regardless of whether it comes true.

Undad: More than just another zombie story, Undad is about the challenges of being a husband/father while being (literally) dead inside.

James Flamestar and the Stargazers: Imagine, if you will, a world in which music is outlawed, and musicians are hunted and executed. And into this arena rides the biggest all-star band in the history of the Empire. 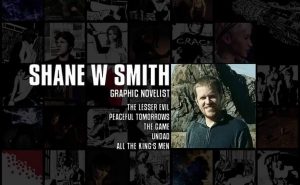