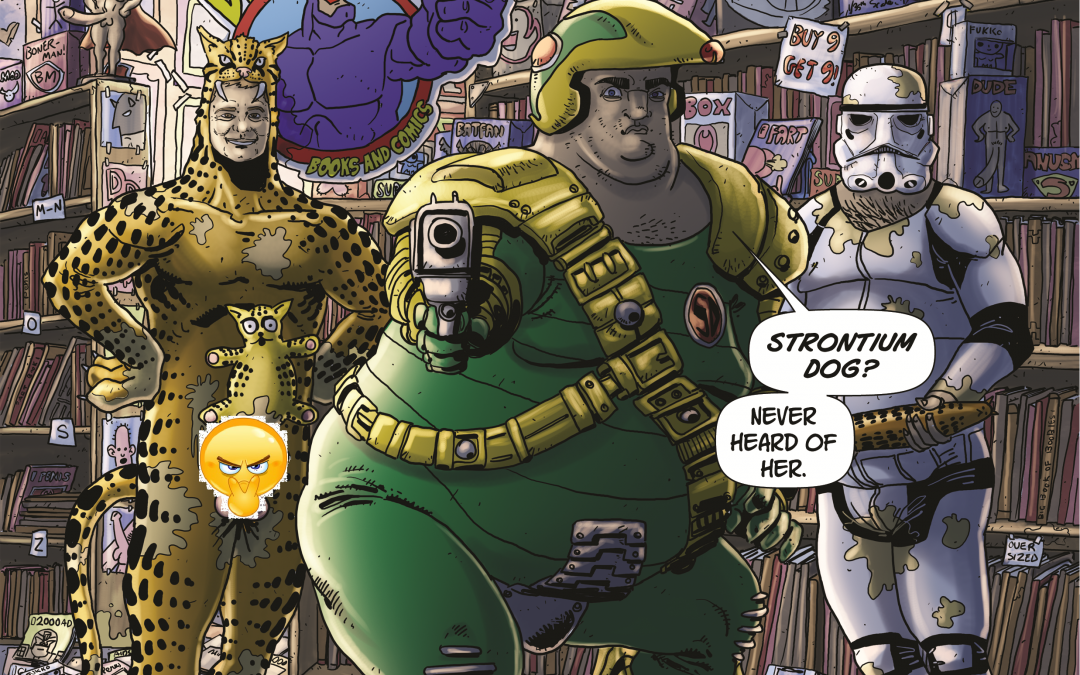 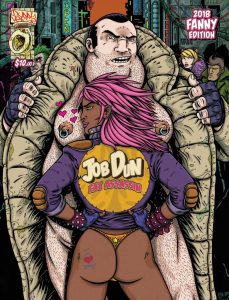 Forced to compete in a nationally televised event called the Hangry Games, Job Dun shows why the odds are forever in Dunny’s favour!

Sex-mechs, poser assassins (SOFT!), rodent based family entertainment conglomerates, incredibly moist comic shop owners and rough justice delivered in lubed up dong form! This 48 page issue of the world’s fattest comic about the world’s fattest assassin has more moisture than moisturiser, more dongs than a bell tower, more stank than you can stink and delivers the punches to the dick we all crave in a comic! 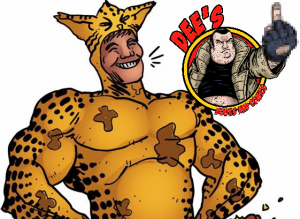 And, precisely because no one demanded it! Introducing the newest, moistest and fondlest (it’s a word, shut it), Dee’s Comic’s own pair of reprobates, mad-man of the Dunny-verse: Brendon Dann, the Ocelot Wrecker! Armed with his trusty moistened dongs and his quiet sidekick, Gary The Stormtrooper, this truly dynamic duo joins Job Dun to dispense rough justice upon their excitable customer-base! It’s just a toy, twits! 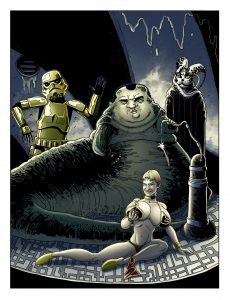 All this plus a special Job Dun exercise and eating plan and pull out poster. But once you see, would you want to?

Too Fat!
Too Deadly!
Too sexy!!

Click the image below to buy online or drop instore to get your freshly moistened copy: 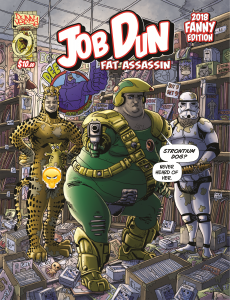